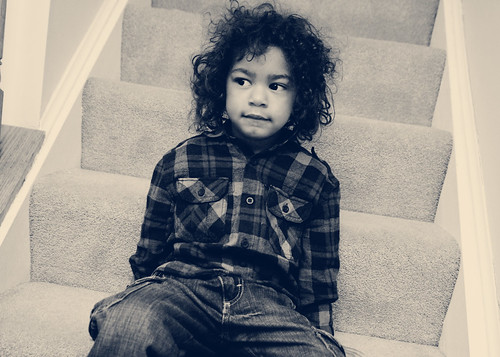 I think I’ve mentioned before that Dude #3 is very in touch with his feminine side.

That’s the PC way of saying that sometimes he really just wants to be a girl.

And, I don’t mean he carries my purse around while he wears my heels (he does that stuff too).  But, I mean he really, really, really wants to be a girl.

He asks me to buy him dresses.  Or “pitty princess” shoes.  Or fix his hair like a girl and paint his nails and give him “wipstick” for his “wips”.  Glittery, pink wipstick.

And, he wants to have a “pincess-girl” name and “be a girl wif no pee-pee” when he grows up.

Let me just put this out there right now: I’m totally cool with this.

Not because I want him to be a girl (okay, I did want him to be a girl, but only before he actually was born), but for obvious reasons that I’m going to just quickly put down here in case they aren’t super obvious to you (or you are Dumb Dad who loses his mind every time the kid asks to wear a tutu):

Knowing all of this, it’s crazy to hear then that when Feld Entertainment, the producers of Disney on Ice Princess Wishes, contacted me about going to check out their show in Baltimore a couple of weeks ago, I initially declined.

I was just thinking of the older Dudes who would not be caught smiling at an ice skating show with the word princess in the title, while forgetting about my sometimes princess-boy who is a cr0ss dressing sympathizer… 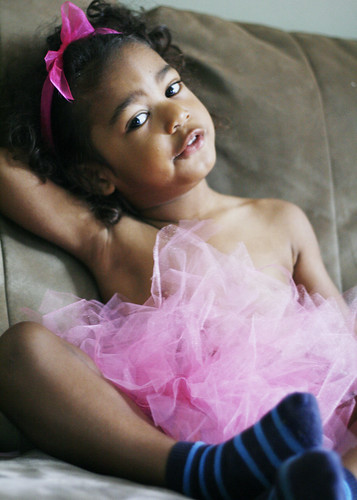 And then I remembered.

How he LOVES Ariel.  And, Snow White.  And, Fiona (who’s not Disney but still a princess in all of her funky green glory).

And I decided to dress him up in his nicest PRINCE inspired outfit (it was a button up shirt and dress shoes after I wrangled him out of his snow boots and tutu) and headed out to the show.

I’m just so glad we went!

It wasn’t overly princess-y (even though in the pre-party princess meet and greet #3 was the only male child in attendance until some late stragglers showed up with their two sons) unless you count the multitude of princess dresses in the audience.

It was entertaining and fun.  The set was creative and beautiful and I got a good laugh when Ariel busted her rump on the ice.

And, the Dude loved it!

Plus, you really can’t have a princess without a prince so there were plenty of elements any everyday boy would enjoy: Aladdin and his lamp, Beast and his, um, beastiness, Ariel and her Sebastian, dragon slaying princes, funny faced dwarves, evil villains all of that stuff to keep your little prince or princess entertained.

And, when we got home he climbed into bed with his Mickey crown and his program from the show and he proceeded to carry the two items around for the next four days straight, wearing the crown while flipping through the program book reminiscing by questioning me incessantly about the experience. 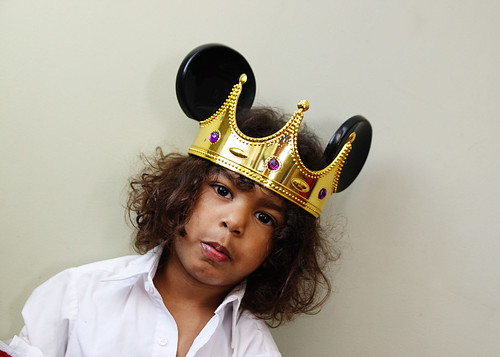 So, I’m glad we went, even if he does decide to play burlesque Cinderella in a dive bar in West Virginia when he’s 25 it was totally worth it!

Want to catch the show in your hometown?

Have photos to share this week on Wordful Wednesday with Angie and I?! Link away…

How to Teach Your Kids to Appreciate Your Awesome.
Wordful Wednesday. Dumb Mom’s Debut.