Being a Dude Mom is a strange business.

I’ve been at it for nearly 10 years now and I’m still learning things about the dynamics of being the Head Chick in Charge (yes, this is my official, self-appointed title) of a house bursting with testosterone.

There are egos to deal with (yes, even the 3 year old has quite a healthy one).  And, one-upping.  And muscle flexing.  And chest bumping.  And hip checking.  And wedgie giving. 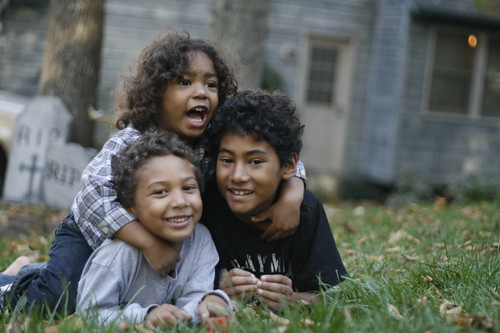 And, don’t even get me started on the Dude Funk.

It’s a special blend of dirt, sweat, and pee (hey, they have to learn accuracy and how to control the dribble, and it takes years, people. YEARS), mixed with crayons, cheese and tail.

It’s a ripe little combo that I love when they crawl outta their beds in the morning, but gag on uncontrollably when they climb into my car from the soccer field.

I can only imagine (thanks to horrific flashbacks of my brother’s teen years; I’ve blocked most of it out) what puberty is gonna do to this scent.

As Eau de Kid Dude changes unceremoniously to Eau de Dude Dude, I’m expecting a transition period wherein I spend pretty much every moment in their presence trying not to vomit on my own lap.

Luckily we’ve already invested heavily in Axe for Men and are seriously considering taking out stock in the company with the hope that there are freebies involved with that sort of thing.

And, it’s not just the soon-to-be-man funk that marks our house as one of Dudes.  There are the Dude sounds (honk, beep, pow, wham, ouch, and I’m-telling to name a few), and  all of the multitude of dude-accoutrements left lying about (I’m certain as a means to booby trap the place and render me incapacitated so as not to thwart their various evil plans).

Even the laundry speaks volumes.

Naturally everything is covered in mud (I swear, that had better be mud) and streaked with grass, and I’ve found every single thing imaginable in the barrel of my dryer: money, fruit snacks, Legos, scissors, glue sticks, credit cards (MY CREDIT CARD?!), soldiers, chewing gum, and comic books (yes, a full sized comic book folded and shoved in a pocket somehow) have all made it through the wash at Casa de Dummies!

It’s an entirely different lifestyle than the one I imagined I’d be leading.

And, it’s so insightful.  These Dudes are teaching me so much! 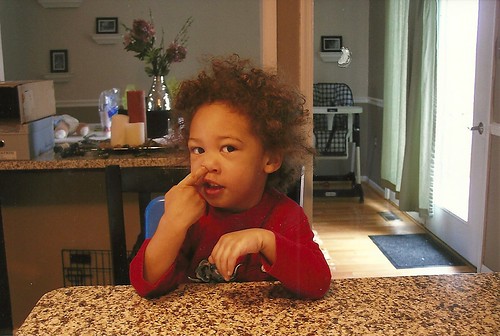 They aren’t cutting farts and ripping burps and picking noses (pretty sure my Dudes have a problem) for attention.  They are doing it because they like it and it feels good. 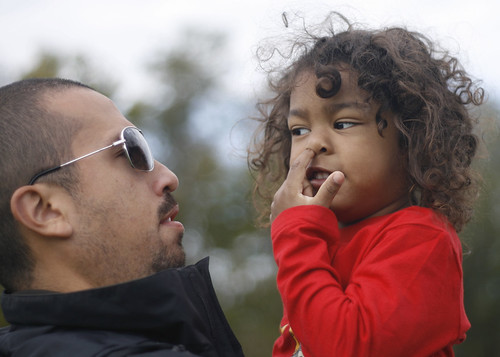 As does hoarding boogers on the side of your bed, and wearing the same socks everyday, and drinking your own bath water.

Disgusting to us, awesome to them.

But, the best part about all of this Dude knowledge that I’m gaining is that it proves a point I’ve been trying to make for years now: women are the superior sex.

I’m basing this entirely on the fact that I’m always right and Dumb Dad isn’t meticulous research.  Years of living as a native among the Dude species means that I can say, with complete conviction, that girls are just more intellectually meticulous, focused and intentional than boys are.

We don’t do things by accident.  We don’t happen upon greatness.  Our discoveries aren’t accidentally stumbled across (Columbus, I’m talking to you), they’re uncovered because we meant to.  We make a conscious effort to be awesome.

And, we never, ever get caught with our pants down.

Something The Dudes have turned into a full-time endeavor.

When I think back to my own childhood, I can recall numerous times when I was able to cover my tracks and avoid punishment for random behavioral missteps (minor, negligible missteps because I was quite possibly an angle of a child).

Take for example the time I played brutally-slaughter-your-Barbie with a friend.

You know, the game where you cut Barbie’s hair off in chunks, and mark her body with red nail polish after stripping off her clothing in a way that ensures all the evidence points to G.I. Joe being the culprit?

It seemed fun at the time.

But, when my friend went home and I looked at the massacre I had attempted to recreate, my 9 year old girl mind clicked in and thought, “Hey 9 year old girl mind, your mama sees this she’s gonna freak!  And she might even think you’re crazy.  Better take Massacred Barbie out in the yard and burry her, like the cold blooded Barbie killer you’re pretending to be.”

So I did.  I dug deep and I dug hard and I made sure to pick an inconspicuous gravesite so as to avoid quick discovery.

I’d venture to say that my Massacred Barbie is still 6 feet under in that sandbox in the Hi-Desert.

But, Dudes don’t think this way.

They live a predictably (I know what they are doing before they do), they never pay attention to detail, and they rarely think to cover their tracks.

And by rarely, I mean never.

Just the other day I waltzed into #2’s room to see his name emblazoned on the front of his dresser, rainbow style, in his ridiculously sloppy kindergarten Dude handwriting.

I mean he didn’t even bother to try to scratch it out.  No attempt to cover his tracks; no fear at all of being apprehended.

When questioned about his vandalism he was flabbergasted that I’d accuse him of such blatant disregard for property.  He balked at being labeled a tagger.

He actually cried human tears as he claimed that it wasn’t him (and that I didn’t love him for suggesting such)!

So, like any kid crime fighting mama worth her salt I marched him upstairs, pointed it out and screamed, “I JUST SUNK YOUR BATTLESHIP!” “ADMIT IT!  IT’S YOUR NAME! I KNOW IT WAS YOU!”

His response, “Oh, that.  That’s nothing.  I was just practicing my signature for when I’m famous.”

He’s not going to be famous.

And girls are clearly the superior race.

Have a Dude Mom story to share?!  I’d love to hear it!

Want a prompt to inspire your writing this week? Pop on over to Mama Kat’s Writer’s Workshop and see wassup!

Dumb Mom’s Guide to Politics. How to Not Get Hosed by the American Government.
Formerly Frumpy Friday. Lucy Sykes Interview