There are basically two types of people in this world.

And, soulless creatures who are dead inside cat ladies anti-dogists (a word I’ve totally made up to describe people who do not enjoy or even “get” dog companionship and would never sacrifice their time, money, or carpeting to enjoy the company of a canine).

The dog lovers group contains those who love dogs and commit strong portions of their lives to raising them, as well as those people who would love, love, love to own a dog but can’t because of allergies, or lifestyle, or stupid rental agreements that mean sure, you can have a dog (but only the kind that fits in your palm, and never poops, barks, or breathes) if you pay a ridiculous amount of money up front as well as monthly.

Some would argue that there exists a third group of dog indifferentists, those who would own a dog if it came up (ie married a chick whose dog was a deal breaker), but would never seek out dog cohabitation. However, as a member of the first group, I find that unlikely because how can you not sigh and ache and want when you see this… 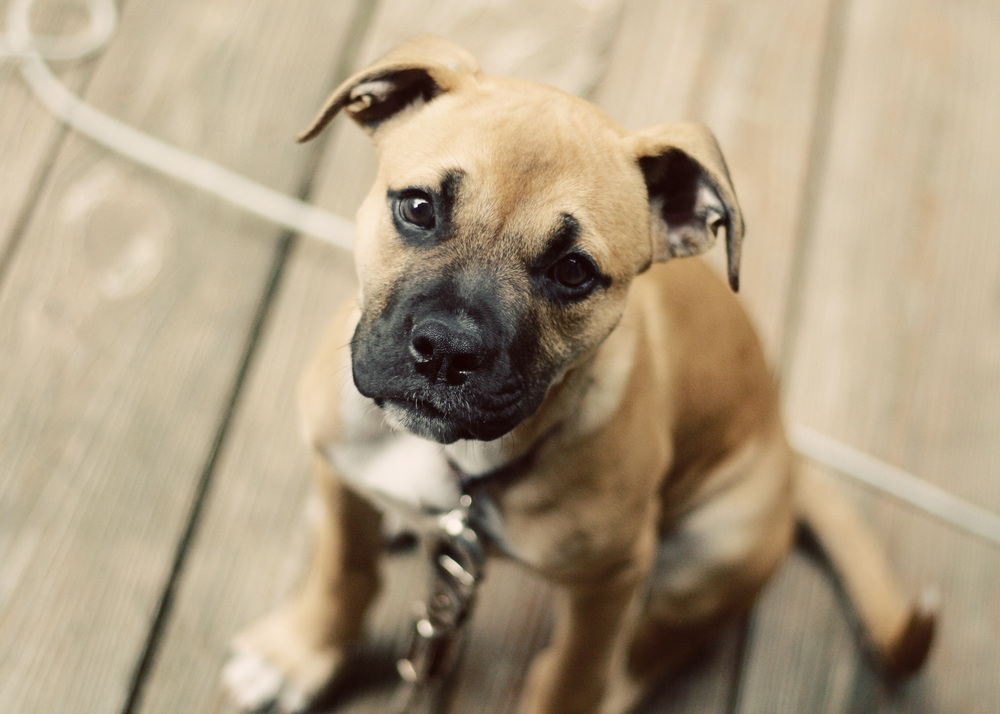 If you didn’t feel the corners of your face tug upwards involuntarily when you peeped that pic, then you are for certain in the anti-dogist group and you might as well just accept it.

I’m not saying all of you anti-dogists go around kicking dogs, I’m sure you don’t. You just don’t want them in your space, or your face, or your car, or in the way when you’re trying to make plans to holiday in Malaysia.

I’m not trying to hate though. I get it. Dogs are kinda like kids: they don’t really do it for everyone.

Even within the kid dog loving world, there are degrees of dog lovers.

For example, I love my kid dog, but yours I am good with a cursory interaction with when I happen to run into you. I don’t think about him when he’s not around and play dates are few and far between. If I got to meet your kid dog when he was a baby, I cooed and gushed over him because, duh, everyone thinks babies puppies are a-dor-uh-bal. But, now that your kid dog is big and hairy and rambunctious and terrible at listening and eating all of my treats, sort of, I’m over him. Probably I wouldn’t be if he were as cute and smart and fun and well behaved as my kid dog!

See? I get it. I do. Besides unconditional love and companionship aren’t for everyone, right?

For the rest of us, this…

You Know You’re a Dog Lover If…

You spent the last 15 minutes talking to your dog about HIS day.

You don’t freak out when your dog licks your mouth. Sure, you know, he just pulled that tongue out of his butt, but, um, they have like enzymes or whatever in their mouths, and anyway, he’s just saying he loves you.

Your dog has his own room. Unofficially.

You make sure your dog has a Halloween costume. And a winter coat. And something fancy for Christmas too. Plus his birthday and Easter and Valentine’s Day. Oh, and let’s not forget National Dog Day!

You cancelled your vacation because when you got to the kennel to drop off your dog, they seemed sketchy. Not dog-kicking-sketchy, but for sure they didn’t seem to be listening when you were explaining how to get Chuck’s medication in. Chuck needs his medicine. And his multivitamin. And sunshine. And exercise. And what do you mean they don’t get social time when it rains?!

Your Instagram feed has as many photos of your dog as it does of your boyfriend.

You’ve broken up with someone because your dog didn’t like them. What? They have instincts. That tells you something.

You won’t spend the night at your parents’ house because they won’t let your dog sleep upstairs. You often question how you were raised by these people. Wolves are more loyal.

You met many of your closest friends and even some of your love interests at the dog park.

You look at the price of the product AFTER you check out the reviews on it. Your pet deserves the best, never mind the price tag…

You’ve lied to your boss about being sick because you’ve been working a ton lately and you haven’t had a chance to take your dog hiking in forever. Both of you could use a mental health day anyway.

You don’t even get mad when you come home, after being gone all day, to discover your favorite bag has been chewed. You get it, he was bored, and a little angry that you left him. Plus, totally your fault for leaving it out.

You spend an hour Googling “what if my dog ate a plate of brownies” and then decide to rush him to the emergency vet with the $300 exam fee just in case, because chocolate is DANGEROUS.

You call your neighbors by their dog breed. You know the people on the corner? Ugh, you know, the Lhaso Apso’s?

You can’t even begin to imagine life without your pookie bear, and you’re so happy you don’t have to.

Baby Baking: So THIS is Mom Guilt?
Dude Date Night: Taking Kids to Guardians of the Galaxy