We go way back.

I was born a princess in California, not far from the California version of the happiest place on Earth and, while my family didn’t have the bank roll to visit the park often, we did go a few times as I was growing up, each of which I remember vividly. 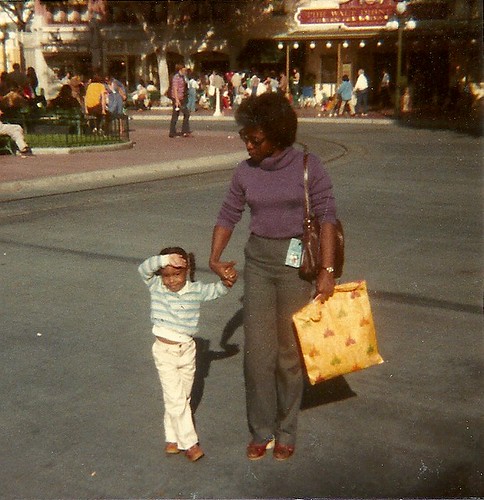 The post-Bruncle visit aka the visit that was clearly stressful for everyone thanks to the presence of a sniffling toddler small child (seriously, is ANYONE having fun in this photo?)… 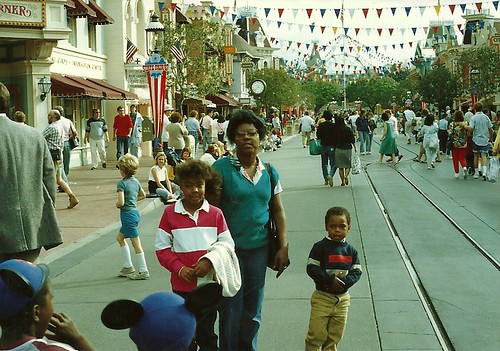 When I was in the sixth grade we left sunny Southern California and went to live overseas in Europe via Kansas (a year long stint in the landlocked state I never did quite develop a fondness for).

I went to EuroDisney while I was there (no photos because SOMEbody didn’t wanna buy me a camera).

And, when we returned to Southern California and I ditched the Disney-is-for-punks-and-babies boyfriend I had attached myself to because he had a car and went to a different school (not sure why dating a guy from a different school was so cool in high school) I found myself again rockin’ the socks off of the happiest place on Earth. 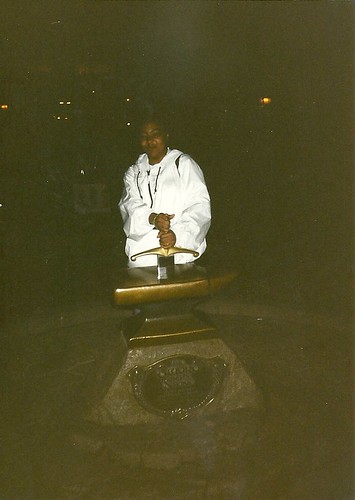 Even as college students in Orange County, CA (where Disney lives), Dumb Dad and I spent many, many weekends at the place.

He was courting me and correctly assumed that a Disney princess girl such as myself could only truly feel at home in one place: Big Thunder Mountain Railroad (listen up, peeps, Dumb Mom don’t do scary roller coasters.  No way.  No how.) 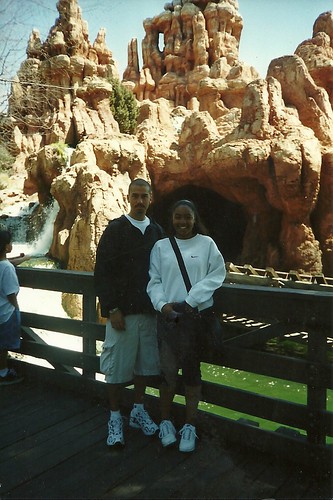 It’s no wonder they modeled Tiana after me!  I belong there, right?! 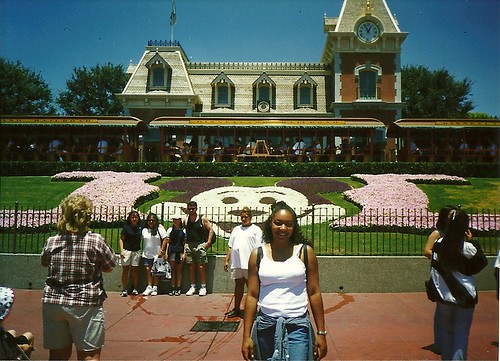 I’m sad that, thanks to finances and a long string of pregnancies, we have not been able to take the entire Dumb Family on a trip to the place so many happy memories have been built.

We got to go to Walt Disney World in Orland briefly, when #1 was 1.  One day we spent at the park.

But, one day at Disney is just mean, I think.  Mean.  Particularly when it was a day that was so body rot hot that my toddler spent most of it stripped down to his diaper crying for us to make it end.

We stuck it out until he passed out from heat exhaustion because I absolutely had to see the parade.

I’ve been thinking of starring in one of those seeing another ever since.

Point is, when I got the come-have-dinner-with-Disney call email from Mickey a Disney intern no doubt, a few weeks ago I knew it was fate.

Finally they are making the Disney princess version of me and they want to bring my entire family down to Orland for the launch!

Clearly Disney appreciates my years of devotion to their make-the-world-happy cause which is why they have decided to commemorate me with a doll.

Something about a slightly-chubby-coming-up-on-middle-age-mom-jean-wearing-black-chick with a fun personality and pretty sa-weet pair of shoes isn’t appealing to little girls as a playmate.

Somehow, what really happened is nowhere near nearly as exciting!

Disney invited me and  18 other DCMetro area moms/dads/neither? bloggers to an event at the Old Ebitt Grill in Washington D.C. just because they’re nice they wanted me to eat myself silly on the best steak I’ve eaten in a good 10 years they wanted to give me the Disney princess version of myself… 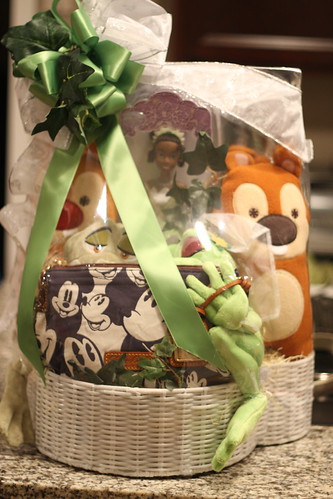 Actually, I’m not sure why they invited me because I was clearly WAY out of my blogging league, but I know I had fun, I felt honored, my meal was made on a hotplate from Heaven, and I truly adored @lauraspencerone ‘s sexy as a mofo shoes.

Have some old school photos to share?  Link them here and then head over to More Than Words and join her too!

Why I Love to Blog.
So NOT Dumb Saturday. Cookware BY dummies.