Paranormal Activity 745 or something ridiculous recently hit the big screen.

Probably you don’t care.  But, my silly-husband-who-clearly-doesn’t-know-me-one-bit asked me if I wanted to go check it out with him.

Because my idea of a good time does not involve having my blood infused with a fear so intense I piss my own panties in a public place.

And, I don’t want to pay cash to experience something that will “mess you up”.

I don’t want to be messed up.

I like the un-messed up version of myself just fine and I have no interest in changing that with a 86 minute movie about butt-face-scary ghosts or spirits or whatever creepy crap is haunting that family.

I can’t even watch the trailer without losing my cookies.

And, no, movie-making-geniuses, I do NOT want a “Demon Summoner” app!

Seriously, what is that even for?

Why would someone want to summon a demon?  Knowing good and well that when said demon arrives to eat your abdomen, you will be breaking your knee caps to send it right back to the Hell it presumably rose from.  At your request.

It’s all fun and games until a demon gets summoned.

And, yes, I have some serious beef with scary movies.

Dates back to Children of The Corn; scariest bit of film I’ve watched in my lifetime.

Came out in 1984 and I saw it shortly thereafter on VHS at my grandmother’s house with some of my older and completely irresponsible cousins.

Don’t ask me what a 7 year old was doing watching something that dang scary, but it messed me up pretty good.

I sorta watched a bit of it a couple of years ago (just to check its creep factor) and, while it seemed corny (pun intended!), the scar tissue left on my brain from childhood made it impossible for me to view in its entirety.

Same with Christine and Cujo, both of which I originally encountered in the early 80s (why did all the scariest movies come out in the 80s?!) when my parents took me to the drive-in for those (good one mom and dad!).

I just recall hiding my face on the floor of our LTD Ford just hoping it would end.

I swore off scary crap completely by the end of ‘84 (thank you Freddy Krueger).

Which leads me to the second portion of this post.

After last week’s sharing things I’ve never done, I decided (because Mama Kat suggested of course) that it’s only fair to share the awesome, and wholly less impressive, things I actually have done.

Starting with the obvious of course…

1.  Refrained from scaring the chonies off my children by making them watch a creepy movie that will “mess them up”.

2.  Traveled to 23 American states and 10 foreign countries.  So what if one of them barely even counts (TJ is in Mexico if only just barely) and the rest of them are in Europe?

6.  Been to Vegas.  Lots of times actually.  And, what happens in Vegas doesn’t stay there.  It gets blogged about despite the fact that, other than my Justin Timberlake encounter, is not even all that exciting.

7.  Lost 30lbs.  Gained half of it back already so it makes it feel like it never even happened.

8.  Known a shark attack victim.  It actually ended horribly.  And it’s sad.  But still, not a lot of people actually know someone who was attacked by a shark.

9.  Spoken at a conference.  More than once.  And not just the blogging kind.  I did these really nerdy honors research conferences when I was in college.  I hated it and loved it at the same time.

10.  Nearly drowned in the sea.  Being hit by a wave can be quite disorienting.

12.  Seen some freaky stuff.  I used to work at a hospital.  The things people put in their anus…

14.  Been on the radio.  As a Twilight expert actually.  It was quite the monumental moment for me even if it does make me sound like a complete dork.

17.  Been on a date with someone in the NBA.  2 people actually.  Neither of which I liked.  Because they weren’t that cool then.  Probably they aren’t that cool now either. 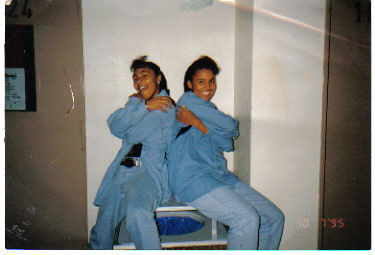 20.  Met some amazing women.  One of them birthed me.  The rest have just done some really neat things and been super inspiring to myself and the people around them.

21.  Gotten a Master’s degree.  Which I don’t use despite the fact that I am paying for it and probably will until I meet my maker.

22.  Been blessed in more ways than I can count.

Are you a scary movie-aholic?  Please don’t try to convert me, I’m just curious if grown ups (other than my husband and my brother) actually watch the stuff?